You can find a lot of attempts to represent Pi digits in an artistic way for the last few years. One of these attempts was our MAGIC PIWORLD project (HAEL YGGS&JVS 1998) where we built a computer tool for executing digit-colour and digit-geometrical transformations. Using this tool HAEL YGGS created several artistic objects (see HAEL YGGS site for details).
The basic representation of MAGIC PIWORLD was the so-called SQUARE WORLD where we have a M x N - Matrix and the shade of every square stands for 1 digit. Scaling the square down to 1 pixel we can see more than 1.000.000 digits on the screen at a glance.
But alas! All this is virtual!
We want to hold real PI things in our hands.

In spring 2000, I persuaded my mother CHRISTA SCHMIDT to crochet a PI-carpet from a SQUARE WORLD pattern. And one year later this marvellous carpet was shown at the ZIRKUMFERENZ exhibition. The carpet (3.14m x 3.14m) represent the first 2.500 decimal dgits of PI. 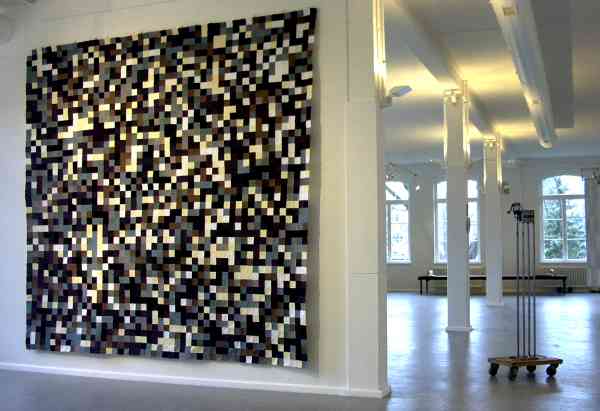 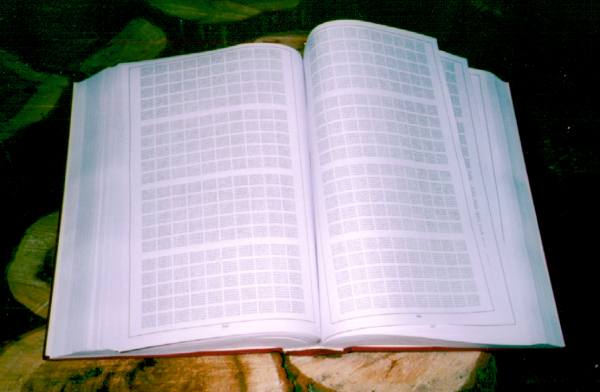 After the ZIRKUMFERENZ my studies reached the outstanding book "PI - COMPUTER, ALGORITHMEN, ARITHMETIK" by Joerg Arndt and Christoph Haenel. The book includes a CD with 400.000.000 PI digits from the YASUMASA-KANADA-LABS. And this was the moment I decided to create an object that should be based on this data: THE PICTURE BOOK. 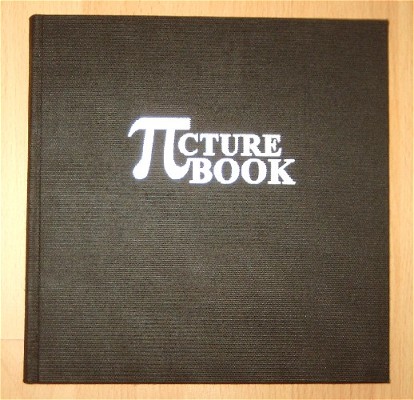